THE UK will be warmer than Mexico on Thursday as another heat wave prepares to sweep the country.

Some Britons will enjoy sweltering weather of up to 28C later this week, making it warmer than Mexico City, which is predicting mild highs of 23C.

And the temperatures in some parts of the country will also outweigh other sunny destinations such as Ankara (26C) and Barcelona (27C).

It comes just a week after Britons experienced scorching temperatures of 34C.

Mercury broke early summer records for the third day in a row on June 17, marking the hottest day of the year so far.

And while temperatures won’t reach the searing highs of last week, it will still be very hot in some places by Thursday. 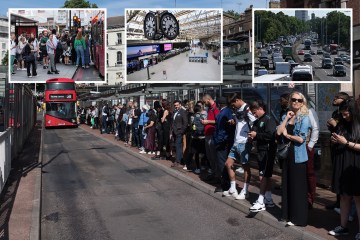 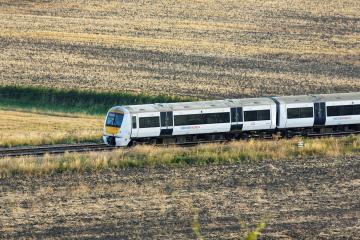 A message from the Met Office on social media read: ‘It is heating up for many of us over the next few days.

And a forecast map shows Britain turning red as warm temperatures descend back on us.

Met Office assistant meteorologist Helen Caughey said: “There will be plenty of sunshine on Wednesday in the South West, although there may be a bit more cloud later today and temperatures will reach 26C or 27C.

“The dry, sunny and hot theme will continue through Thursday.

“However, from Friday the weather will become more unstable.”

The Met Office forecast for the next five days says it will be ‘sunny and dry for the most part’.

Temperatures will rise on Wednesday, with parts of England, Wales and Scotland all enjoying very hot temperatures, according to the weather office.

Thursday will remain dry with plenty of warm sunshine except for the northwest where there will be scattered rain.