The BRITS look set to suffocate from today as a 600-mile-wide “Spanish heat surge” rolls in – and it’s expected to last for days.

Met Office forecasters predict temperatures could hit 35C by next week, making it hotter than Antigua in the Caribbean, which will only top 29C.

Friday should see a high of 29C with the mercury pushing 30C by Sunday.

A recent heat map shows the band of boiling hot temperatures just south of the UK and is expected to move north by Friday.

Only in the far northwest will it remain cloudier and cooler with occasional rain.

Temperatures are expected to climb even higher early next week and hit the “mid-30s” as the week progresses. 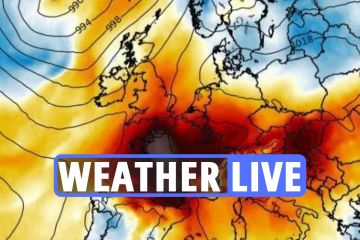 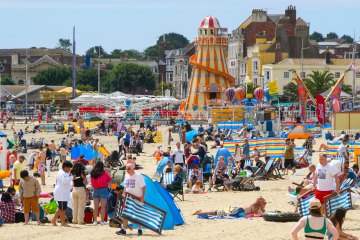 “All eyes are on a southern draft that could bring additional warmth to our shores.”

A heat health alert level 2 was released covering the southern and eastern regions.

“We are at the start of a spell of warm weather for much of England and Wales which could last well into next week,” said Met Office deputy chief meteorologist David Oliver. .

“In the short term, many can expect temperatures in the 20-20C range over the weekend and then in the low 30Cs early next week. Much of next week will remain warm for the time of year as well as dry and sunny.

The string of scorching temperatures is expected to last long enough for the Met Office to officially declare it a heat wave.

The forecaster said in an update: “Areas with lower heatwave thresholds, particularly the South West of England and South Wales, are more likely to meet the heatwave criteria at from Thursday.

“Elsewhere with higher thresholds, the likelihood of an official heat wave is more marginal, although it is possible that they will also reach their heat wave thresholds from Sunday.”

The warm weather spell is likely to see the current record for the hottest day of the year shattered, which was June 17, at Santon Downham in Suffolk when the mercury hit 32.7C.

If the heat wave lasts 12 days in a row, it will be the longest period for four years.

“Some solutions allow more extreme temperatures to develop next weekend. We will follow this closely in the days to come. »

Forecaster Leon Brown of The Weather Channel said: “Highs of 35C are expected this month – and even higher levels are possible.”