A Chicago meteorologist was surprised to learn that an on-set monitor is actually a touchscreen when he accidentally triggered the feature in the middle of a newscast.

Greg Dutra was filling in for WLS morning weather forecaster Tracy Butler on the station’s August 4, 2022, 6 a.m. broadcast when he made a sweeping gesture with his hand that forecasters often make when emphasizing wind, fronts or other weather systems.

This move was apparently so enthusiastic that it caused it to hit the surface of the large video board mounted in the weather center and frequently used in place of a full chroma key wall to present the forecast, especially during broadcasts from the morning.

This triggered the touchscreen feature.

“Ooo, I moved the map…I didn’t know I could do that,” Dutra exclaimed.

‘No way,’ he said as the ‘discovery’ caught the attention of the anchors Terrell Brown and Val Warnerwho replaced Tanja Babitch.

“Did you just find that out?” Warner can be heard saying off camera.

“Gotta try it,” said Brown, who jumped from behind the anchor desk to the weather center to try his hand at the feature, prompting more amazement from the team.

“Can I zoom? Dutra wondered, performing the familiar pinch-and-spread motion that triggers on many touchscreen devices such as smartphones and tablets.

Sure enough, that worked too, much to everyone’s amusement.

Dutra was in yet another surprise when he reached out and touched the surface with an open palm scrubbing motion that triggered the card to change perspective.

Dutra joined ABC 7 from Denver in 2019, so he’s had a few years to learn about the touchscreen, which was listed as a feature by the designer when the set was installed in 2015. together, in fact, features at least two touchscreens – the one Dutra used and one in a multi-purpose stand-up area across from the frequently used traffic and sports anchor office.

The weather panel has been used as a touchscreen, including with its drawing capabilities in the past.

In fairness, at least part of this period was during the height of the COVID-19 pandemic, when many WLS weather forecasters were broadcasting from home.

It is also possible that not all touch screen features are active for all graphs. for example, zooming and tilting may be more effective with maps, and the system may activate one of these graphics.

The fact that the accidental activation of the function by Dutra only affected the map part of the screen, and not the header graphic, indicates that the touchscreen function works, at least sometimes, separately from the material.

ABC 7 Chicago also recently quietly changed its weather graphics to a new look in preparation for what NewscastStudio sources say is in the works for a complete graphics overhaul as ABC-owned stations are slated for release later in 2022.

This redesign could have enabled or added touch interactions that weren’t possible before. 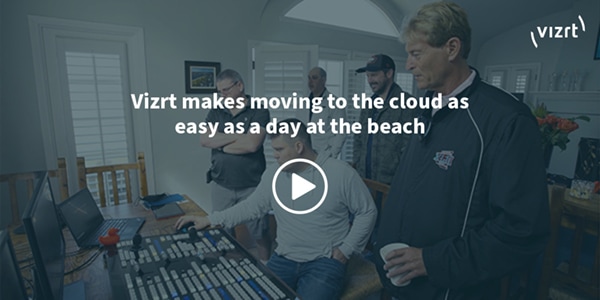 Fact check – Weather map twisted to claim global temperatures have only risen 0.1 degrees and climate change is a ‘hoax’

Weather fun: the snow line appears on the weather map for the first time since May

As temperatures start to drop in the UK, a weather map compares the rainfall in 2022 to that of the summer of 1976